Shaping the future of legionella control

Legionnaires’ disease or Legionellosis is a potentially fatal form of pneumonia. People may get infected when they breathe in tiny water droplets (aerosols) or droplet nuclei (particles left after the water has evaporated) contaminated with elevated concentrations of Legionella bacteria.

In low numbers the bacteria are generally considered harmless. With the correct conditions, for example, warm water, the presence of micro-organisms and nutrients in the water or materials such as rust, these bacteria can grow and multiply to high levels which increase the risk of exposure.

The bacteria tend to grow in biofilms (slime). Biofilms are likely to form on surfaces where there is low water flow or water is allowed to stagnate. However the growth of Legionella bacteria can be controlled.

As a buildings/facilities manager or Responsible Person, you have clear responsibilities around the control of Legionella bacteria in your water systems. Specifically, you MUST:

HBE is audited by and a certified member of the Legionella Control Association across the UK and Ireland. We provide the following services to help the building manager to discharge their duties and obligations relating to the control of legionella bacteria in water systems: 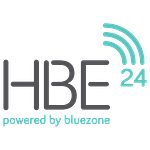 Ask us about the future of Legionella Monitoring & Flushing:

The Legislation & Guidelines for Legionella Control

We adhere to and utilise the following documents, when devising legionella control programmes:

Legionella is not a sector-specific risk. However, the HSE consider key sectors being manufacturing, health and social care, and leisure and, within these, there is a range of systems and premises which give rise to varying levels of risk. These include Cooling towers, air conditioners, spa equipment, fountains, humidifiers and showers, hot and cold water systems, oil/water emulsions used for lubricating lathes, misting devices, decorative fountains and water features, dentistry tools and TMVs (thermostatic mixing valves).

The HSE have used the following criteria, to determine risk groupings:

The risk grouping is based upon an analysis of both the risks posed and the likely impact that would arise from an outbreak.

The HSE’s groupings are as follows:

These systems operate at optimum temperatures for the growth of bacteria. They are re-circulating systems that can allow bacteria to build up within the system and generate large quantities of aerosol that, if uncontrolled and dispersed, can spread into the general environment, potentially affecting the general public.

Such systems are generally associated with a larger number of exposures during individual outbreaks, and can be described as low frequency/high impact occurrences.

These ubiquitous systems operate at optimum temperatures for the growth of legionella bacteria and they may be connected to outlets and showers that can generate an aerosol when in use. In some premises, the water system can be extremely complex e.g. hospitals, but the majority of premises have much simpler systems (such as in care homes, hotels etc).

Hot and cold water systems are associated with low numbers being exposed and little or no off-site impact. However, outbreaks in hospitals are characterised by an increased likelihood of major ill health effects or death following infection because the exposed population is more vulnerable.

These systems generally operate at optimum temperatures for growth of bacteria, including legionella. They are re-circulating systems that, when not properly controlled, allow bacteria to build up within the system and the mode of operation generates an aerosol in the vicinity of the breathing zone of the user/s.

The HSL review of outbreak data indicates that, in GB, the ill health outcomes from exposures in spa pools are sometimes less serious, e.g. Pontiac fever. However, they are associated with large numbers of exposures during individual outbreaks.

In fact, any industry that uses water for processes such as washing, misting and cooling may pose a legionella risk as such systems commonly allow water to stagnate and generate aerosols that can potentially be spread into the environment. They are variable in nature and scale and are less likely to affect large numbers of people.