Brighton and Sussex University Hospitals NHS Foundation Trust has been fined £50,000 for failing to control legionella.

The Health Trust, which runs the Royal Sussex County Hospital in Brighton, was sentenced after a joint investigation by the Health and Safety Executive (HSE) and Sussex Police identified a history of failing to manage the deadly waterborne bug.

It follows the death of vulnerable cancer patient at the Royal Sussex in November 2011 – eight days after a urine tested positive for the legionella bacteria antigen.

An Inquest into the patient’s death found that she died of natural causes and that by the time of her death, the legionella pneumonia appeared to have been successfully treated. However the inquest found that the infection may have hastened her death.

The court heard that although the Trust was monitoring legionella and water temperatures across its various sites at the time of the death, between October 2010 and November 2011 a total of 114 positive legionella tests and a further 651 records of water temperatures outside the required parameters were not adequately acted upon.

Chloride Dioxide units were fitted at five sites to control the bacteria, but HSE inspectors found they routinely failed to emit the required dosage to work effectively.

Inspectors also found that water in the Jubilee building at the Royal Sussex often failed to reach the 60 degree Celsius temperature needed to kill off legionella, which was another control system the Trust relied upon.

The court was told that one of the major contributors to the serious control failures was the fact that staff did not have sufficient instruction, training and supervision to be able to make informed decisions and take appropriate action.

The intervention of HSE and Sussex Police in the aftermath of the patient’s death resulted in a new management system to effectively control legionella.

Brighton and Sussex University Hospitals NHS Foundation Trust was fined £50,000 with costs of £38,705.60 after pleading guilty to breaching Section 3(1) of the Health and Safety at Work etc. Act 1974.

PrevPreviousSEMINAR – Legionella: To Risk Assess or not to Risk Assess!
NextCouncil run Care Home to be prosecuted for Legionella failingsNext 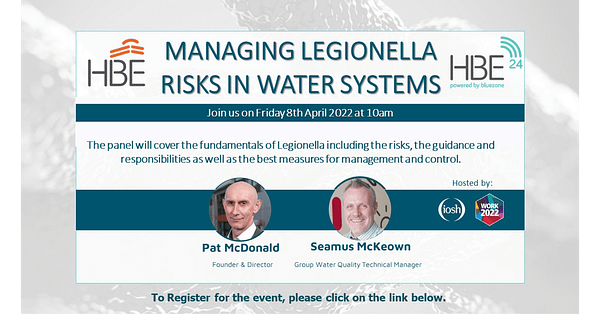 In this bulletin we look at the impact of the pandemic on Legionella Control with a focus on Healthcare and Education. We evaluate the variations between data recorded in 2019, 2020 and 2021, as well as examining the factors involved.