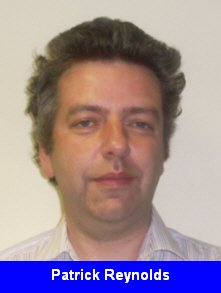 Pseudomonas is a family of bacteria and within that group, there are several sub species.

In my experience they were always found in association with water. As a microbiologist, I would routinely find large numbers in carbon filters, cooling towers, drinking water dispensers and even bottled water, so it is of no surprise that according to the latest media reports, the source of the hospital infections has been identified as the water taps.

Technically, they are Gram negative rod shaped, motile bacteria (Not virus) and very easily identifiable under the microscope. They will grow on TVC media or specific Pseudomonas media. The subspecies can be identified using differential media techniques.

In the past I have found that TVC results from water samples had high proportion Psuedomonads when colonies were typed. They typically cause the distinctive sour smell in damp dishcloths and would be found in large numbers in biofilms in tanks, pipes etc. This is the slime or biofilm that can be felt by hand in contaminated water systems. It is this slime that can make systems difficult to disinfect.

Most of the subspecies are benign and cause no health risks. However there is a Subspecies called Pseudomonas aeroguinosa that has been shown to be an opportunistic pathogen which can cause ear and eye infections in, for example, untreated pool and spa baths or infections in open wounds or burns. The infection will typically occur in people who are immuno-suppressed, such as cancer, HIV and patients.