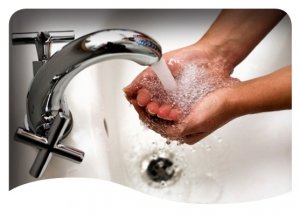 Every tap on every clinical hand washing basin in every neonatal unit in Ireland is being changed as a consequence of the Pseudomonas outbreaks in two Northern Ireland neonatal units last year.

Chairman of the Western Health and Social Care Trust, Gerard McGuckian revealed the information  to fellow board members at a meeting according to the Sentinel.

The dangers of taps in harbouring Pseudomonas bacteria was revealed in a recent series of Legionella and Pseudomonas seminars run by HBI across Ireland.  David Harper, a leading expert in Pseudomonas explained the issues with the design of some taps and how smooth bore taps are a necessity in the control of this deadly bacteria.

David went on the explain the relationship between Legionella and Pseudomonas and highlighted how common the presence of Pseudomonas bacteria is in our every day lives. We can find it anywhere from Toilets, to sink drains to sink over flows and of course taps.

HBI welcomes the news that the Health Trusts are changing the taps in key areas where Pseudomonas has been identified and where there is a risk to patients. This is a sensible measure to take and is only a part of the overall Pseudomonas control measures which will be enforced within the Health Trusts in the future.