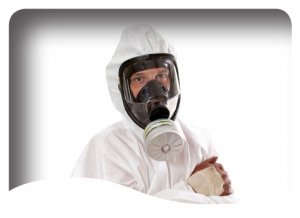 A Cardiff letting agent has been sentenced after a handyman was exposed to asbestos-containing material while carrying out work on a client’s property.

A self-employed handyman regularly carried out work on properties managed by the letting agents and on this occasion was sent to fix a leaking porch roof. As he was removing a sheet of material from the underside panel of the damaged roof, he realised it was asbestos-containing insulation board. The sheet was broken during removal and the surrounding area was contaminated with asbestos debris.

The Health and Safety Executive (HSE) told the Court that the removal of the panel, the sweeping up and bagging of the debris would have resulted in the significant release of asbestos fibres into the air. Whilst the handyman wore two dust masks while removing the board, he did not undergo any decontamination procedures and was not wearing a protective, disposable suit, which meant that the fibres could have contaminated his hair, skin and clothing and may also have been inhaled.

A licensed asbestos contractor was later called in to decontaminate the area, to ensure no further people were put at risk of exposure to the substance.The letting agent was found guilty of breaching Section 3(1) of the Health and Safety at Work etc. Act 1974 and was fined £1,500 and with £2,500 costs.