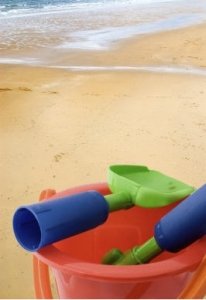 “Serious” health and safety failures took place at a holiday camp where a Birmingham woman contracted Legionnaires’ Disease and later died, a court has heard.

The 53 year old woman caught the bug while on holiday at the former Pontins Holiday Centre in Lytham St Annes, Lancashire, in July 2009. She became ill when she returned to her home and was later taken to Hospital where she was placed on a ventilator.She developed pneumonia before she was diagnosed with the disease and died in August.

She had stayed in a Chalet at the holiday park with her husband – the same room where another woman fell ill months earlier.The previous visitor had complained of feeling unwell two days after she used the bath in the chalet and later spent five weeks in hospital after suffering a heart attack and symptoms associated with the disease, but she recovered.

The holiday centre is accused of breaching health and safety laws by putting holidaymakers and staff at risk of harm through the management of the water system at the camp.

Temperatures of water were such that it “promoted the proliferation of the bacteria”, said the prosecutor.

A not guilty plea had been entered to two breaches of the Health and Safety at Work etc Act 1974 but there was no defendant present and the case was proceeding in the company’s absence.

A health and safety assistant at Pontins Blackpool – which closed in October 2009 – told the court he flagged up his concerns about water temperatures from the boilers as early as October 2008. He said monthly checks of hot water showed they were below the recommended temperature of 60 degrees centigrade as the supply left boilers into the taps.

He said he wrote a memo to his line manager and maintenance management but no action was taken. He also advised the court that he had received no training on how to control legionella and was just given a manual on the subject.

The Maintenance co-ordinator at the holiday park said there had been problems with water temperatures at the camp as long as he could remember during his five-year spell at the site. He too received no training from his employer on how to manage legionella.