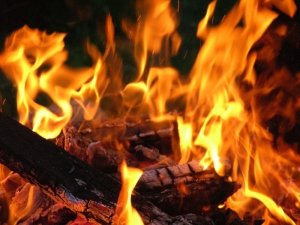 One of the UK’s biggest care home providers has been ordered to pay £170,622 for contravening fire safety laws following a fire in which a resident died.

The Care Home pleaded guilty to two offences under the Regulatory Reform (Fire Safety) Order 2005 at Woolwich Crown Court. This case followed a conviction of another care home provider in Croydon, in May 2014.

The resident who suffered from dementia, died following a fire in her room at the home for elderly people. The Fire investigators determined that the fire has been caused by the woman’s nightwear coming into contact with a naked flame.

The investigation found that although the general fire risk assessment for the home identified smoking as a fire risk, further assessment specifically in respect of this resident had not been carried out as required by the Care Home’s own policies. As a result measures to reduce the risk had not been properly considered or put into place.

The Care Home’s staff failed to notice and respond to clear warning signs including cigarette burn marks on the carpet.

The resident’s family had been concerned about her heavy smoking and access to lighters. They had asked staff to manage the amount she smoked. In response to this, the Home had put together a policy which would limit the woman’s access to cigarettes and lighters and to monitor her smoking, however this policy itself wasn’t effectively monitored.

During 2013/14 there were 527 fires in London’s care homes and sheltered accommodation, with two people dying and 34 people being injured. In an effort to reduce these numbers, the Fire Service has provided information specific to care homes and worked with Skills for Care to produce guidance for carers on how to spot the warning signs of fire risk.